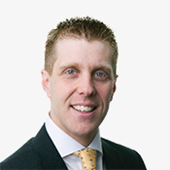 Dr Blake O'Brien graduated from The University of Queensland in 2005 with First Class Honours. His exceptional academic achievements saw him awarded The University Medal for Medicine, the Lillian Cooper Prize (for highest overall achievement in the four years of the MBBS program) and the William Nathaniel Robertson Medal (for highest mark in the final year OSCE).

During his time as an undergraduate he was twice awarded the Dean's Commendation for High Achievement. After graduating from science, Dr  O'Brien worked as a research assistant at the Queensland Institute of Medical Research. His research areas included ovarian cancer (in particular, looking at the effectiveness of different chemotherapeutic regimes) and skin cancer (including melanoma). He has a number of publications to his name.

After medicine, Dr O'Brien went on to further training in anatomical pathology at The Royal Brisbane Hospital, Princess Alexandra Hospital, Prince Charles Hospital and Sullivan Nicolaides Pathology (SNP). He gained his Fellowship of the Royal College of Pathologists of Australasia in 2012 and joined SNP as a consultant pathologist the same year.

Dr O'Brien has a passion for education and is a skilled teacher and communicator. He is currently an Honorary Adjunct Assistant Professor at Bond University. He was previously an associate lecturer in pathology at The University of Queensland, and was nominated for the 2011 Royal Brisbane Clinical School Teaching Award. Dr O'Brien has presented seminars and written study guides, for people undertaking the GAMSAT exam. In 2000, he worked with the Queensland Department of Education as a tutor for indigenous school students. He has taught English to students from Year 6 to Year 12. After graduating from science, Blake developed a learning guide for biochemistry that was implemented for science students at The University of Queensland and in Brunei.