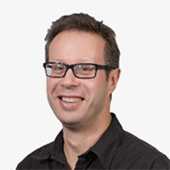 Dr Craig James graduated from the University of Adelaide in 1986 and, following internship, completed specialist training in anatomical pathology and cytopathology at the Institute of Medical and Veterinary Science (IMVS), obtaining Fellowship of the Royal College of Pathologists of Australasia in 1992. Further postgraduate training followed in Bristol, United Kingdom, with subsequent consultant pathologist and lecturer/senior lecturer appointments at the IMVS, Flinders Medical Centre and Gribbles Pathology. In 1999, he became a Foundation Partner in Adelaide Pathology Partners and in December 2015, joined Clinpath as part of the merger of the two practices.