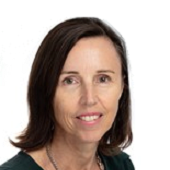 Dr Nankervis graduated in 1991 from the University of NSW and spent four years working at St. Vincent's Hospital, Darlinghurst and Prince of Wales Hospital, Randwick before deciding to pursue a career in anatomical pathology. The five years of pathology training was based at St George Hospital, Kogarah, with secondments to Glebe morgue, the New Children's Hospital at Westmead and her final three months at Southern.IML Pathology.

Dr Nankervis areas of special interest include; dermatopathology, gastrointestinal and breast pathology.  Dr Nankervis joined the Anatomical Pathology Department at Southern.IML Pathology in 2001, and was appointed Head of the Department in 2016.