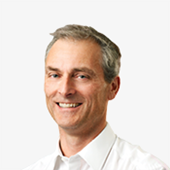 Dr Trevor Beer is a graduate of the University of Birmingham Medical School and completed his residency in several hospitals in the United Kingdom, becoming senior registrar in the West Midlands from 1989-1993. He practiced as a consultant pathologist in the UK before emigrating to Western Australian in 2001 where he was appointed as a consultant anatomical pathologist at Royal Perth Hospital.

In 2003 he joined Cutaneous Pathology, later to become Healthscope Pathology. In 2012, Dr Beer joined Clinipath Pathology after the two companies merged. Whilst with Healthscope Pathology he held the role of Medical Director, developing strong ties with referring clinicians including dermatologists, plastic surgeons and general practitioners.

He has written more than 80 publications, including book chapters and contributions to the 2018 WHO Skin Tumours book and Practice Guidelines for Melanoma Management in Australia and New Zealand. Dr Beer is the Vice President of the Australasian Dermatopathology Society, an Associate of the Australasian College of Dermatologists, guest lecturer for the University of Notre Dame and has served as a pathology panel member for the WA Kirkbride Melanoma Advisory Service for 15 years.

He was the RCPA Dermatopathology QAP convener for 10 years, and is currently the pathology advisor for the Mohs Dermatology Module.